Providing Aggressive Solutions When You've Been Pulled Over

As in the rest of the U.S., the blood alcohol content (BAC) limit in California is 0.08%. Those under age 21 are considered drunk at 0.02% and can face strict penalties. When a driver has a BAC of 0.16, he or she can face enhanced penalties under an aggravated DUI charge.

What sets California apart, is that our state has some of the strictest DUI laws in the nation when it comes to penalties. 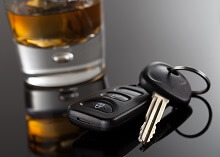 If you’ve been arrested for a DUI, the time to act is now. From the day you’re arrested, you have only 10 days to request a DMV hearing, which should be done by your attorney. Hiring a Sacramento DUI lawyer early in the process can also be beneficial in starting your case off on the right foot.

Our Sacramento criminal defense attorney is ready to hear from you. Call the Law Office of Jonathan Gonzales today at (916) 318-5177.

Penalties for DUI in California

Our Sacramento DUI Defense Attorney Can Fight Your DUI Arrest

A DUI conviction can be inconvenient and costly. Without the assistance of an aggressive DUI lawyer, you could end up in prison and forced to pay thousands of dollars in fines. That's why you need the Law Office of Jonathan Gonzales on your side.

As a former police officer, Jonathan Gonzales has seen it all and he knows what defense to use to reduce your penalties and even get your DUI case dismissed, if possible. He also incredibly knowledgeable -- having an undefeated jury trial record for 2016, 2017, 2018, and 2019 across a variety of criminal cases.

Not convinced? Here are some examples of real case results:

Want aggressive representation that gets results? Contact the Law Office of Jonathan Gonzales at (916) 318-5177 and schedule a free case evaluation with our Sacramento DUI attorney today!